You are here: Home / Nazrat

Back in 1984 I decided I was going to produce a comic book, and I came up with Nazrat. I worked for the next year and finished the first issue and made myself up a package with a xeroxed copy of the book, character studies, plotlines, and cover sketches. On the strength of all that I was lucky enough to get picked up by Imperial Comics when I was at Dragon Con in Atlanta, GA– I had my first taste of self-employment for the next few years and found that it was Good. I put out six issues with those guys and was edited all that time by John Arcudi, who was great guy to work with. Unfortunately when I was cancelled I had neither the money nor the panache to continue releasing the book. I sat on the character ever since but he has always stuck with me and the Rat has been prodding me for a while now to give him another chance. The first six issues follow, plus the half of #7 I had done and I’ll be loading more as I draw it up. Enjoy! 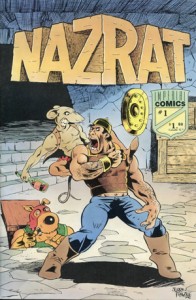 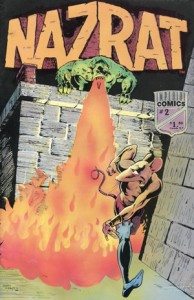 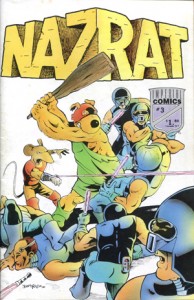 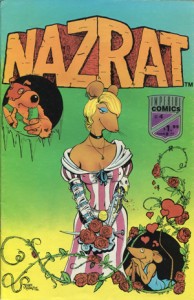 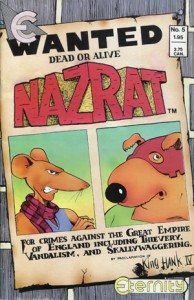 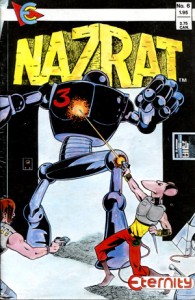